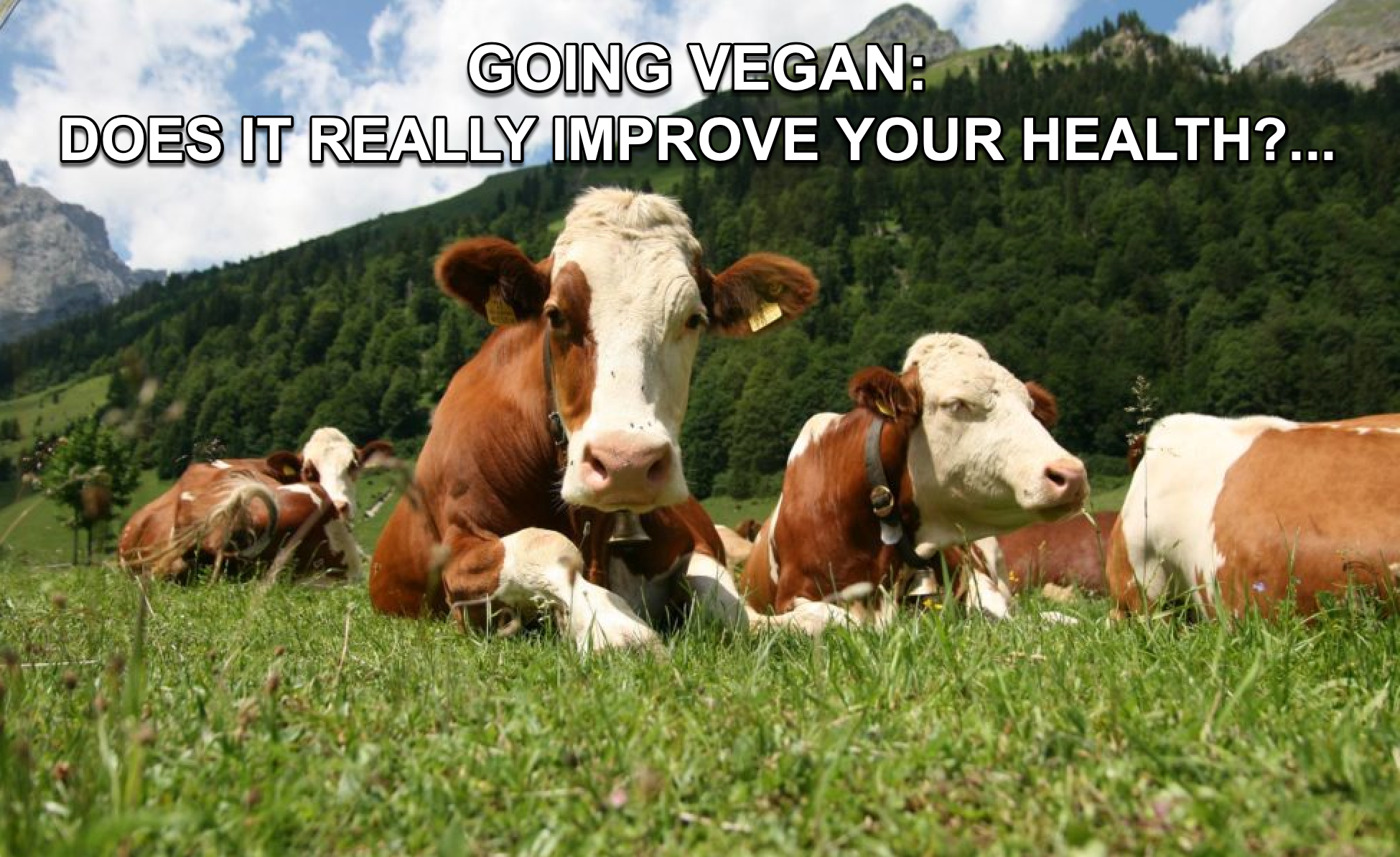 It’s not easy living in a country where the food is not safe. A country where the supermarket shelves are packed and stacked…..yet the foods are man-made, chemical laden, food-like substances that are making and keeping us chronically ill. It’s not easy living in a country that lies to us all the time about what is healthy. And when we discover the lie, they re-configure the language on a product in an attempt to confuse us, exhaust us, catch us off guard.

My first indicator that we needed to be more aware than ever was when I began to get clients that considered themselves ‘Health Conscious’. They had adopted a vegan lifestyle. They shopped at the Whole Foods Market, yet they where suffering from inflammation, thyroid conditions, diabetes, anemia, autoimmune diseases, Alzheimer’s and even cancer. What was going wrong? Does going Vegan really improve your health?

There is no argument that making meat and dairy central in the American Diet has caused us a multitude of unnecessary health problems. A high animal protein diet creates uric acid build up in the blood. To alkalize the blood, the body robs calcium from the bones, teeth and cartilage, leaving us open to diseases like rheumatoid arthritis and osteoporosis. Also we all know now that the high fat content in meat clogs the arteries, leading to heart disease and stroke.

Whether someone is a vegan for the health benefits or because they want to support less animal cruelty and more environmental care in the world, here’s the catch: How do you create milk, eggs, cheese and meat without milk eggs, cheese and meat? The answer: with a slew of chemicals, including stabilizers, gums, thickeners, flavorings and highly processed protein extracts, all created by men and women in white coats in laboratories……and then call it food.

SOME OF THE GREATEST VEGAN FOOD SCAMS ARE:

BOXED ALMOND MILK: This is one of those products that Industrialized Food Companies have had great success snowing us with. Yet SILK BRAND and ALMOND BREEZE are both the target of a class-action lawsuit because they only use 2% almonds per box. The rest of the contents are ingredients like sugar, water and salt, as well as artificial thickeners and stabilizers like calcium carbonate (also known as sheet rock) and carrageenan, which has been proven to cause stomach cancer.

At Diet For Living School we make all our nut milks from scratch. All it takes is nuts, water and a blender, and BAM! you have the real thing.

MASQUERADING PSEUDO MEAT PRODUCTS: Creating virtually indistinguishable plant-based versions of meat and bacon is big business. Also known as ‘mock meat’, they often contain genetically modified soy or soy isolates. These are made with a toxic chemical called Hexane. Hexane helps separate the proteins and fats from the soy so it gets that meaty texture. Hexane is a by-product of oil refining. The Centers For Disease Control and Prevention has classified Hexane as a dangerous neurotoxin. To this concoction are added unlimited ‘natural’ and unnatural flavors to create a meat-like taste.

Oh, and then there is the new lab grown meat….also called ‘cultured meat’. This new age product is made from carefully selected cultures, designed to maximize the multiplying of say a clump of cells from bovine tissue. Tissue engineering is in it’s early days of exploration. As of 2020 making a lab grown burger patty cost around $300,000. But big pocket investors like Bill Gates and Richard Branson are predicting that lab-grown meat could account for as much as 40% of meat consumption by 2040 and are investing to speed up the process. Is this new meat healthy? They have no idea. As always, with our industrialized food system, we have become the Guinea pigs…….but only if we allow it……

VEGAN CHEESE: I want to get right to the point here: “Friends don’t let friends eat vegan processed cheese”. Popular brands are Biocheese, Cheezy, Daiya, Teese and Tofutti. It is very hard to give processed vegan cheeses a palatable flavor. Meaning deep science lab-work with artificial
flavors is necessary. Many contain one or more of the following: GMO soybeans, GMO corn or palm oil, corn starch, calcium phosphate, potassium phosphate and synthetic adipic acid, as well as Maltodextrine…….a highly processed cheap additive that creeps into every health food as a sweetener. Maltodextrine is made from genetically modified corn. It can wreak havoc on your digestive system and taxes your body’s liver, kidneys, bladder and intestines (think ‘leaky gut’ and ‘celiac disease’).

VEGAN EGGS: The product “Just Egg” is getting a lot of attention right now. It’s yellow bottle and cute logo makes it looks so modern. Advertised as made of mung bean protein…which is true. But no where on the label does it say it is organic. When you read through the label, you will find it contains toxic canola oil. Unlike sunflowers or olives, there is no such thing as a canola plant. Canola oil is a manmade product created from the Rapeseed plant. To extract the oil from the Rapeseed, the seeds are crushed, heated and subjected to chemical solvents like hexane (made from crude oil). Rapeseed oil is also used in making industrial cleansers. “Just Egg” is hardly just egg. It contains tetrasodium which stands for ethylendianetetraacetic acid (I know none of us can pronounce this crazy long word). But it is made from formaldehyde. “Oh no….isn’t that embalming fluid? Well yes it is!!!” One out of 8 Americans is suffering from an autoimmune disease , 75% of that number are women. Studies and conclusions are being drawn to our diet and the escalating amount of chemicals we ingest in our food. If we are looking to achieve better health, Just Egg ain’t it.

THEN THERE IS THE EXPLOSION OF VEGAN JUNK FOOD:

I don’t have room in this Newsletter to list all the Vegan Junk Foods on the Market…..it’s so huge….
Vegan Sugary Bake Goods
Vegan Chicken Fingers
Vegan Pizza
Vegan Mac-n-Cheese
Vegan Gummy Bears…..

SO WHERE DO WE GO FROM HERE?

First: I believe the Cardinal Rule is not viewing foods as substitutes. Plant-based foods can exist as independent and delicious on their own. It doesn’t have to pretend to be a cow, a chicken or a pig.

Second: Do everything in your Holy Power to avoid bottle, boxed and processed foods. None of these foods are Close to Nature…our true goal when eating healthier foods….

Third: The Vegan Diet, that so many well meaning people have adopted, needs to be thoroughly examined. Double check labels to make sure you are not giving away your power and hard earned money one more time to a corporate food machine that is market driven and has no heart or soul.

Fourth: Get Clean and Green: There is so much empowering hope and possibility in this step. This is accomplished by consuming only simple structured organic foods close to Nature in nutrient dense combinations. Foods that detox the body of toxic chemicals, restore the exhausted immune system and rebuild depleted organs. For many of us, this is a learning curve. You will want to get the best education possible. We offer that opportunity when you join us for our Certified Holistic Health Coach/Holistic Cancer Coach Program.

Check us out here: http://bit.ly/DFLDualCoachingCertifications When our Founder, Paula Diana, was diagnosed with Uterine Cancer 16 years ago, she opted out of chemo, radiation and surgery and radically changed her whole life. Her healing was so miraculous that she dedicated her life In Service To Teaching Others the benefits of using a Food As Medicine Healing System. Paula shares results oriented Natural Healing strategies she used to fight her own cancer, and Win.

“A powerful book....send a copy to everyone you love! Paula Diana courageously shares her own journey including past struggles, along with her search for healing. Most importantly, Paula shares the foods and other imperative steps she took to cure her own cancer and remain cancer free. This book is written in such a caring loving manner....almost like a trusted friend giving you hope for the future. This is a must-read for anyone diagnosed with cancer or for anyone who wants to reclaim his/her health”.